Munduruku: the fight to defend the heart of the Amazon 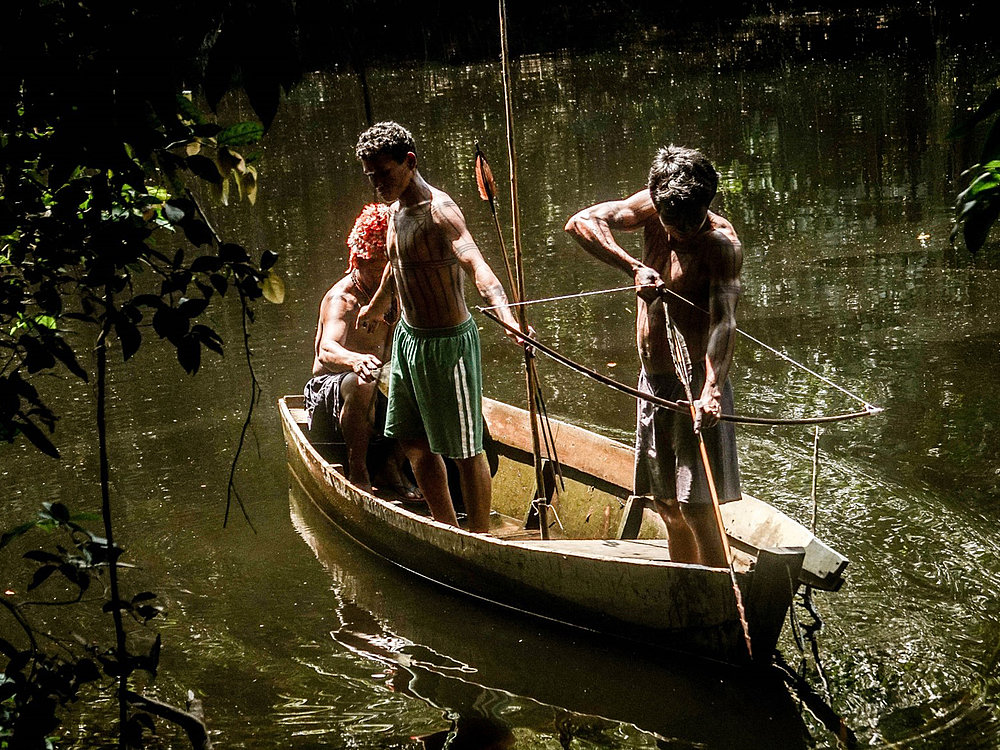 Alchemy VR creates world-class immersive stories, recognised by the first ever BAFTA awarded to a VR film. Their mission is to create compelling immersive experiences through storytelling and technical innovation. Their work has been showcased on a wide range of platforms, from unique cultural institutions to Sony PlayStation VR.

VSI London was thrilled to be asked to work on a project that is surely close to everyone’s hearts – the fight to save the Amazon.

An ongoing debate between indigenous people, the Munduruku, and the Brazilian government, came to a head at the environmental ministry in Brazil, and the result ended in the suspension of the environmental license for the São Luiz do Tapajós hydroelectric dam.

This effectively halted the construction of the dam until they can address the issues of its impact on both the environment and the Munduruku people. FUNAI, the indigenous affairs ministry, published the first demarcation report on the Munduruku's territory, which is the first stage of their territory being legally recognised by the government.

Despite these significant successes, there are plans to build a further four dams around the Munduruku territory – there’s still a lot of work to do, and so the fight continues.

The project was designed to build a bridge between urban and indigenous communities in Brazil, and generate public support and solidarity for the Munduruku by communicating their story globally.

We were approached by long-standing client, Atlantic Productions’ BAFTA-winning VR studio, Alchemy VR, to contribute to a temporary exhibition for a project which is a collaboration with environmental experts, Greenpeace and multisensory company, The Feelies. An immersive sensorial trip, it is not only a 360-degree visual experience that contains real sights of the rainforest but also real sounds, smells and other sensorial elements, including heat and humidity of the Amazon.

In order to guarantee linguistic perfection, a language director was present throughout the recordings.

Isobel George, previous head of the VSI London Voice-over department, had this to say about working on the project:

“It was so great being involved in such a globally significant campaign. Everyone involved is proud to have contributed. To keep the authentic feel of the project, we recorded both the English and Spanish voice-over with a native Brazilian speaker, instead of using English and Spanish voice-over artists. It was an added challenge to find someone fluent enough to do this, but the result sounds great!”