The dawn of English dubbing

Globalisation. Digitalisation. Personalisation. The media world is an exciting and ever-changing place where new trends continually turn into new standards. And there’s one that has the industry watching closely: the shift from English-speaking nations only consuming English content. We’re importing and consuming media from other countries in other languages more than ever before.

Simply load up Netflix to see the big picture: English titles make up approximately 55% of the total library in the US, which means 45% are foreign-language titles[1]. There are roughly 62 languages represented on the streaming platform, some of the rarest being Quechua, Sanskrit, Nepali, Persian, Yiddish, Assamese and Wolof[2]. Many foreign-language titles are hugely popular around the world, including Dark (German), Money Heist (Spanish), 365 Days (Polish/Italian) and Kingdom (Korean). So what is all this telling the industry? 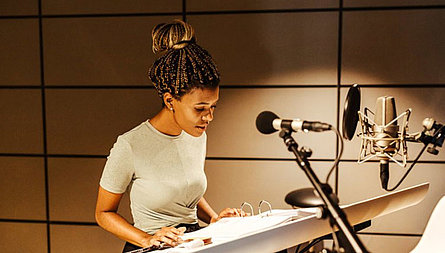